Helping Someone Out Financially – Money In Relationships 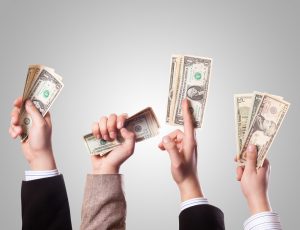 I am asked a lot about my thoughts on loaning money. Usually it goes something like, “My friend is low on money and just needs to pay rent. They will have the money to repay me in a few weeks, should I loan them the money?” Well to answer the question, my gut reaction is never loan anyone money. That might seem harsh, but let’s find out why.

Typically, the people who ask for money are the ones who do not have any control over their finances. These are the people who eat at fancy restaurants, have the HBO cable package, and travel. In the meantime, you are sitting at home playing with the bunny ears on your TV and eating Ramen noodles. You are doing everything right and they are doing everything wrong, so why would you help them?

If you do not help them they will be out on the streets, right? Well in many cases no. No matter the bill they are up against the wall to pay, they should consult with the company.   Sometimes companies offer a payment plan or in many cases the person looking for the loan can just accept a late fee and continue about their day.

If neither of these are an option they can seek out a payday loan, pay with a credit card, or get the money from someone else. But certainly not you. I know this is mean but it is a lesson that needs to be taught. I see all too often friendships or families destroyed over a “loan.”

The Story of Matt and Johnny

I have seen this first hand. I have a friend, let’s call him Matt, who loaned one of his friend’s money, let’s call this friend, Johnny. Johnny borrowed from Matt several $1,000s to get himself out of a hole. The plan was that each month Johnny would pay Matt $500 plus interest for this “loan.” The first three months went great, Johnny paid Matt as he was supposed to. Then the payments stopped.

Matt called Johnny several times to find out why the payments stopped. Johnny explained that he had fallen on hard times again and just couldn’t pay. Matt was understanding and they came to an agreement that when Johnny could pay again he would. Then several more months went by and Matt reached out again to find out how Johnny was doing. But Matt was never able to reach Johnny. To this day these two friends individuals have not spoken.

I know what you are saying, this would never happen to me, we are family, or best friends since childhood. Well so were Matt and Johnny. They had been friends for years, Matt even helped Johnny get his first job after college. The problem is though that Johnny has a problem. One that many people have; they do not know how to handle money.

Spending Is the Problem

People who cannot stop spending have a real problem which is on the same level as addiction. If your best friend was an alcoholic and came to you looking for a 6 pack of beer, would you give it to them? Then why would you give your friend, or family member, money if they cannot spend it wisely?

In Johnny and Matt’s situation, Johnny received a bail out from Matt, but it didn’t help. It carried him for the time period he needed to, but his financial situation didn’t change. Johnny had a salary of over $30,000 and lived alone. But couldn’t keep himself from spending money on things like movies, restaurants, or a new car. So what happened?  He continued to spend and rack up more and more debt. Instead of learning that his expenses needed to be less than his income, he just found people to help him when in need.

Matt did a great thing by helping Johnny, the problem is he didn’t really help. Instead he encouraged bad habits and caused Johnny to continue to spiral into financial madness. And in the process lost a friend of over a decade.

DO NOT LOAN MONEY TO YOUR FRIENDS OR FAMILY

Loaning money to friends or family is a recipe for disaster. Instead, to truly help your friend or family member, sit down with them, review their finances together, and find ways to trim their spending. Tell them about the idea of financial freedom and introduce them to the 7 stops of the Financial Freedom Journey. This is the only way to help them.  Loaning them money is just a band aid on a wound that is hemorrhaging blood. And if you do loan someone money, expect that you will never see it again and accept that your friendship or relationship is more important than money.